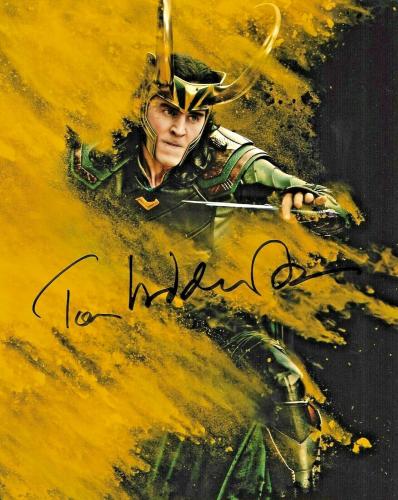 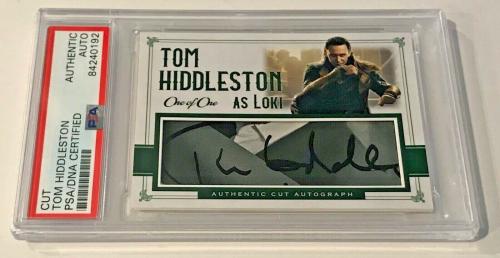 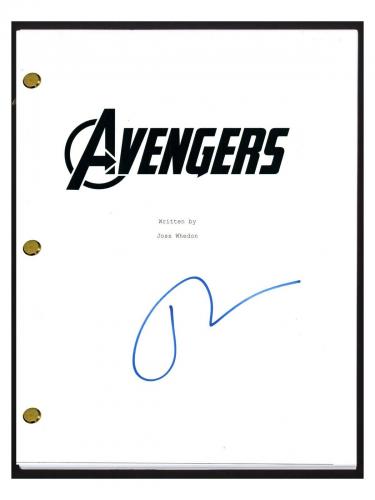 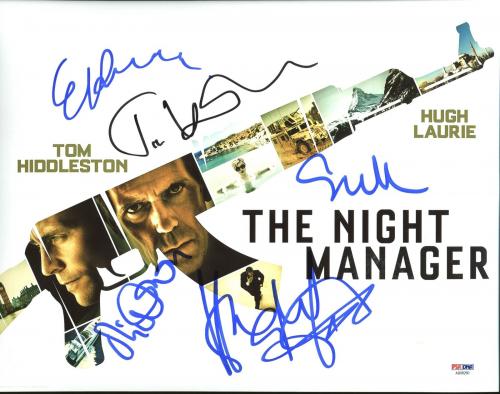 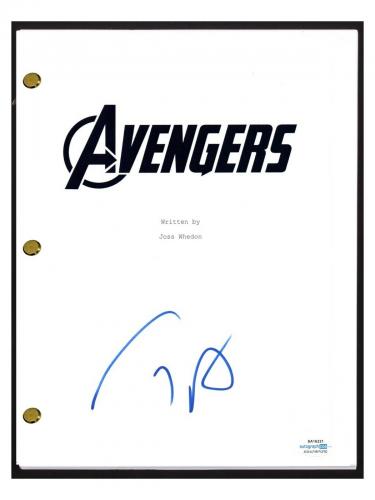 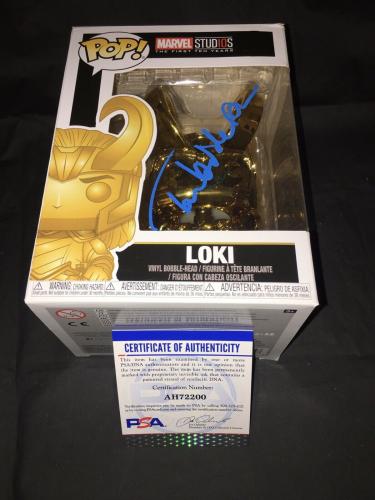 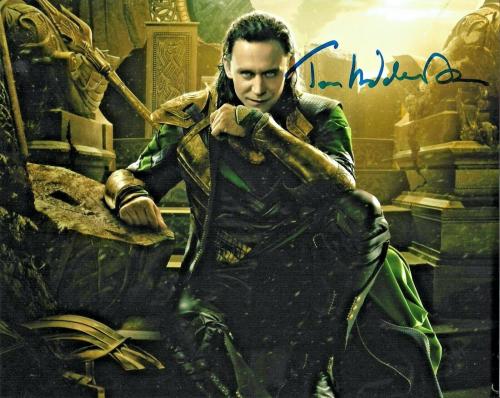 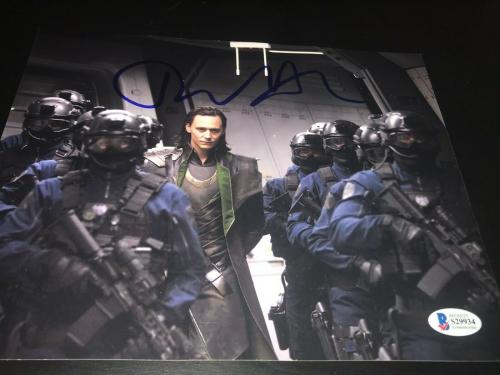 Tom Hiddleston is a once in a generation star. Hiddleston is an English actor who is best known for playing Loki from the Avengers and Thor franchises. While starring as Loki he has received much praise for his performances being nominated for multiple Saturn and MTV Movie Awards along the way. When Avengers: Infinity War was released in April 2018 it set the record biggest opening weekend in movie history for both the international and United States box office

Hiddleston stars in the lead role of the television series The Night Manager, for which he has garnered an incredible amount of praise. For his portrayal of Jonathan Pine in the series he has been nominated for a Primetime Emmy and won a Golden Globe Award for Best Actor. In 2015 he was also nominated by the British Independent Film Awards for Best Actor for his performance in High-Rise. This actor is already one of Hollywoodâs biggest stars and is only going to become bigger in the coming years.

An autographed Tom Hiddleston collectible will look amazing on display in your man cave. The memorabilia that we sell for this Golden Globe Award winner is always guaranteed to be authentic, so have no worries when shopping with us. Purchase one of our signed Hiddleston product offerings before they surge in worth and value.

Tom Hiddleston Autographed Photos: A signed Tom Hiddleston photo is a terrific gift for any of your friends or family members who are fans of the Avengers or Thor films. Your friends and family members will treasure their photo and will proudly display it in their home or office for all to see. One of our autographed Hiddleston photos of him portraying Loki on the big screen in the Avengers films is just what you need to add to your Hollywood memorabilia collection.

Tom Hiddleston Autographed Movie Posters: Purchasing an autographed Tom Hiddleston poster for your home or office will never be a decision that you second guess making. One of our signed and framed Hiddleston posters of him dressed as Loki will soon become one of the most prized possessions in your memorabilia collection. Shop for your very own poster today while they are still available.