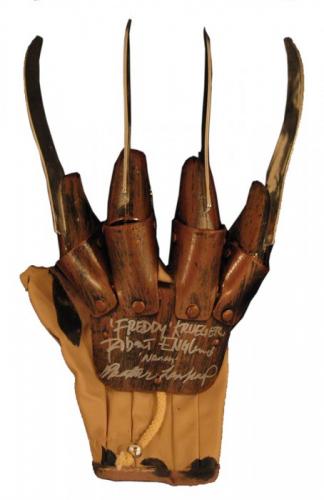 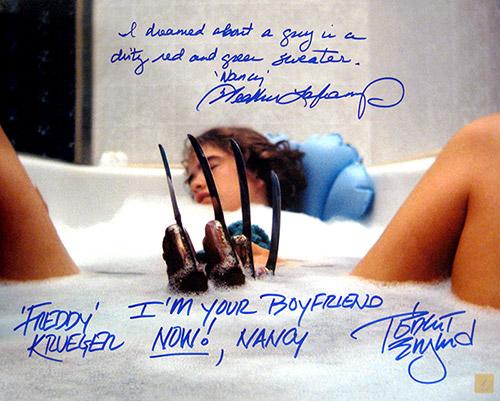 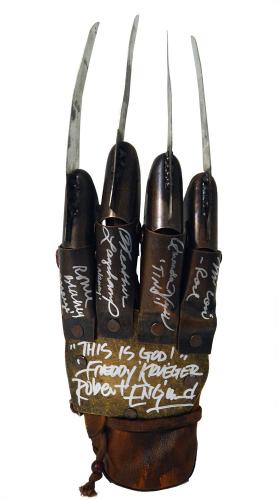 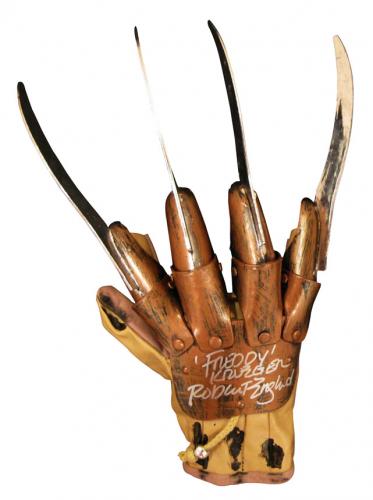 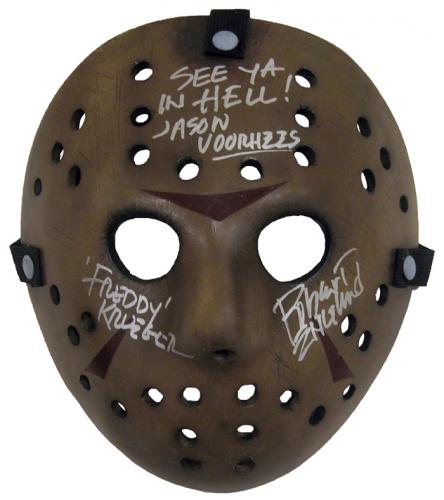 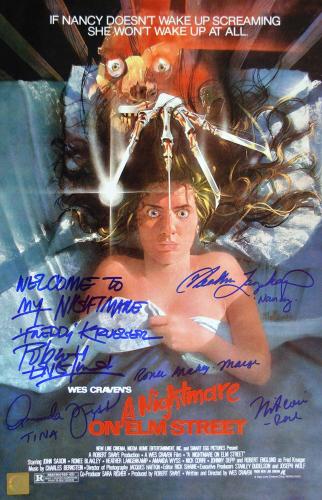 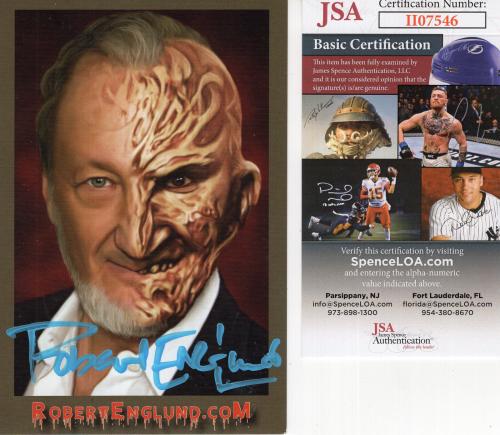 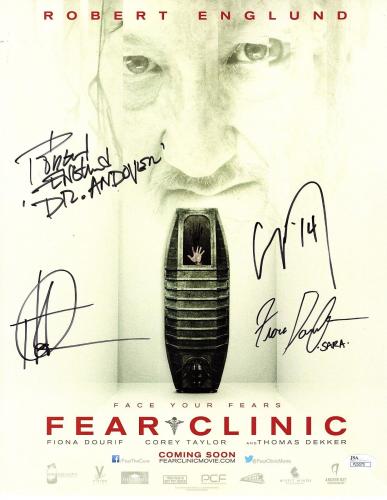 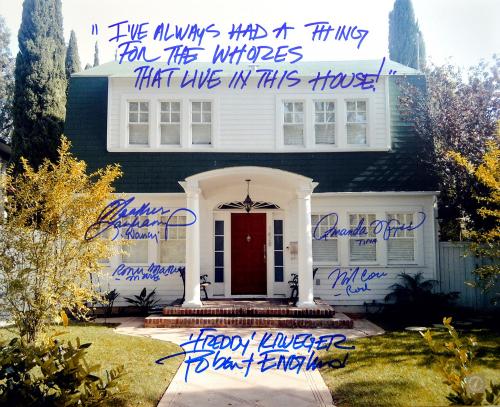 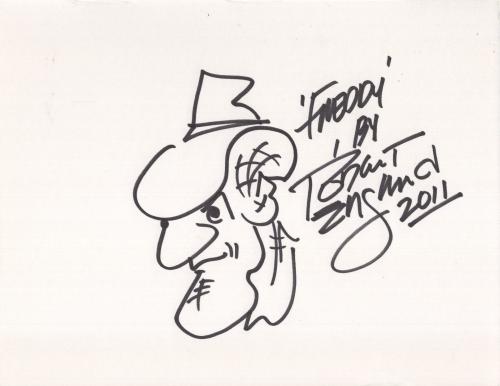 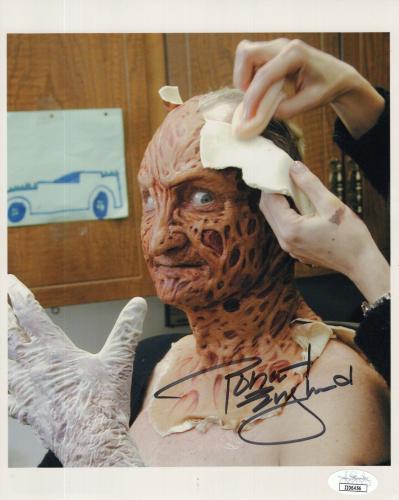 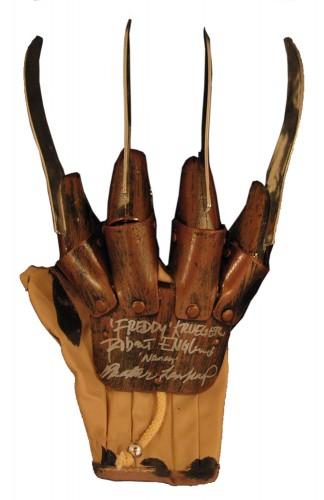 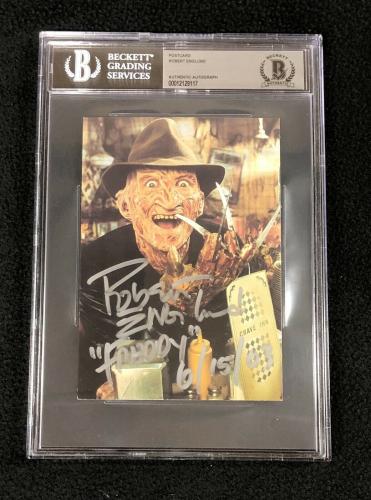 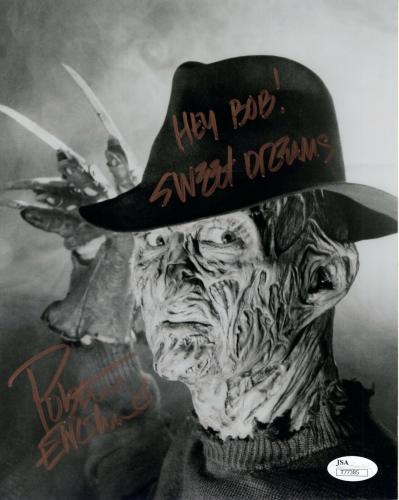 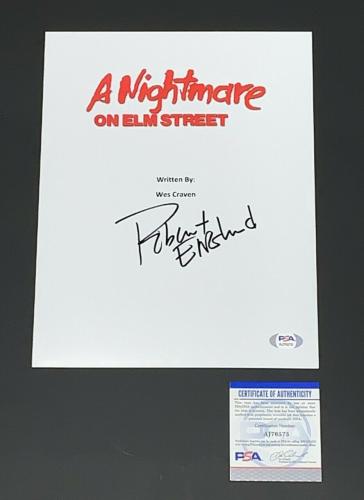 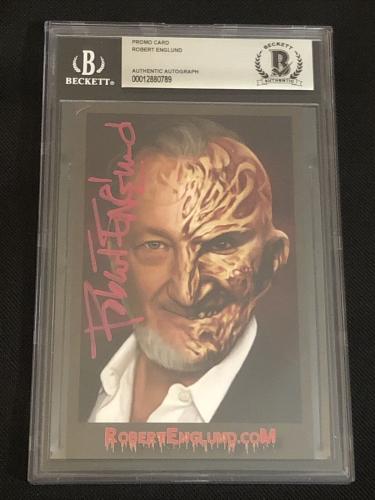 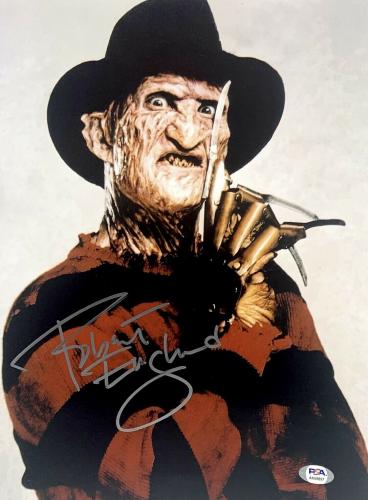 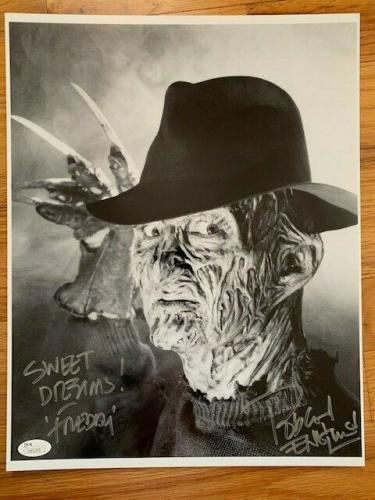 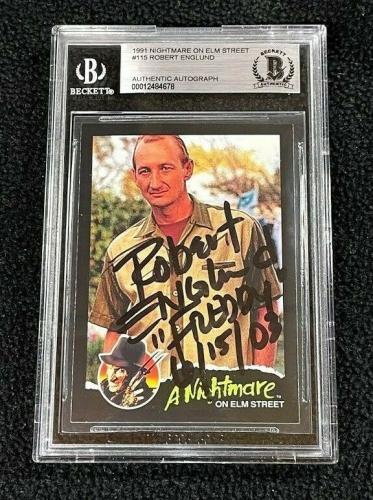 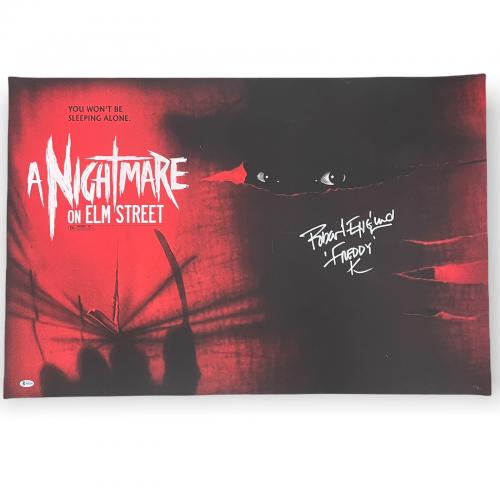 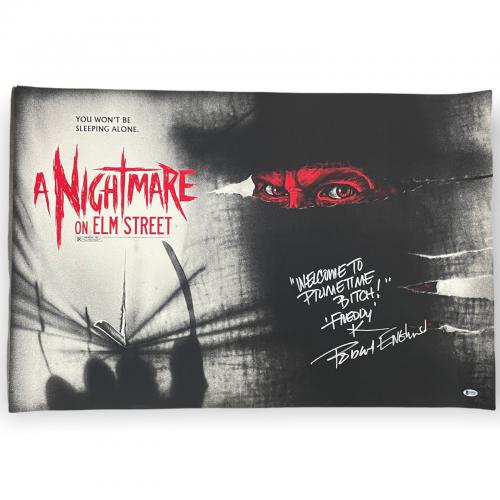 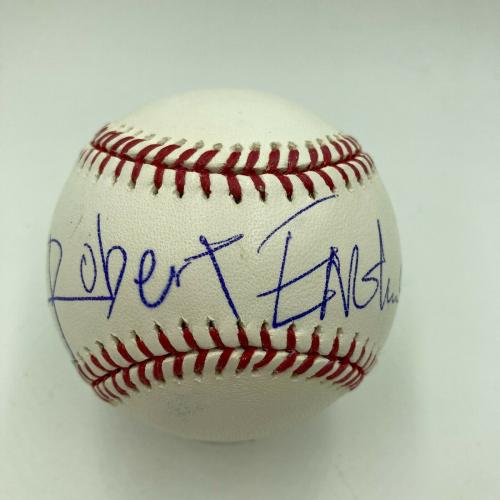 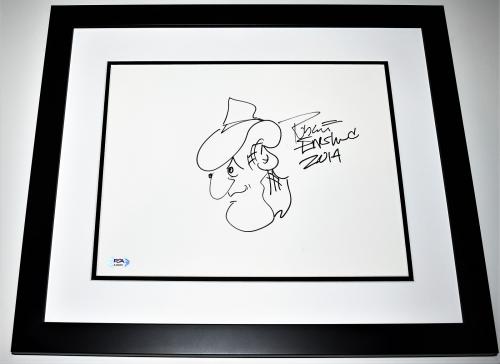 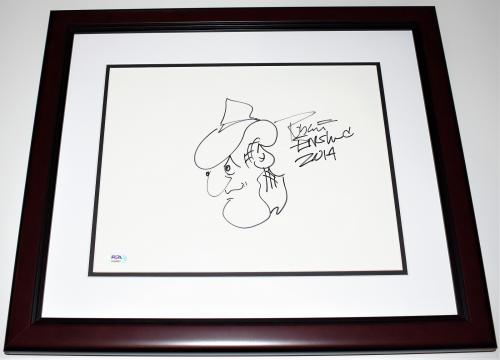 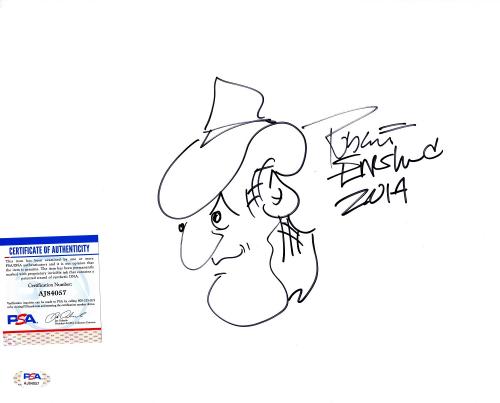 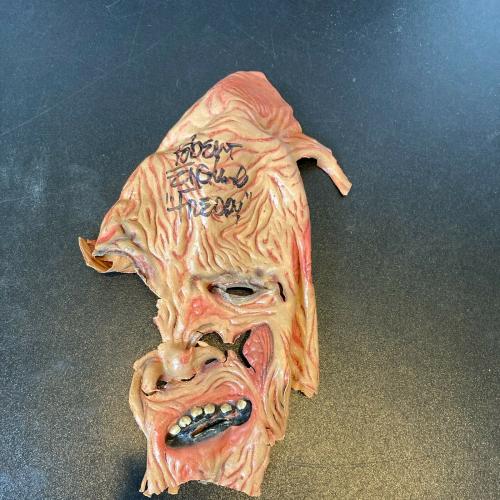 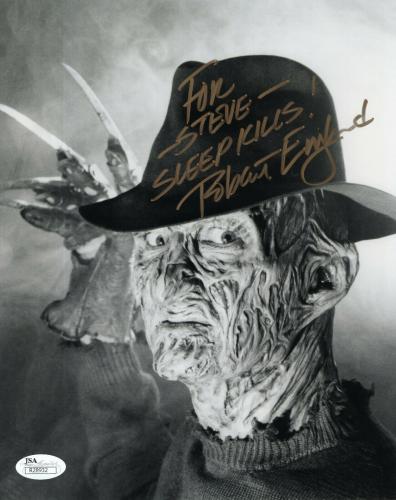 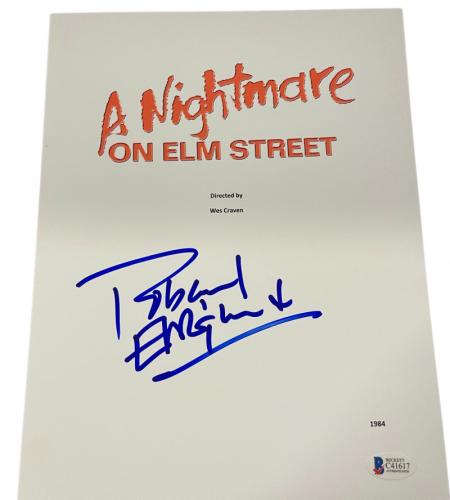 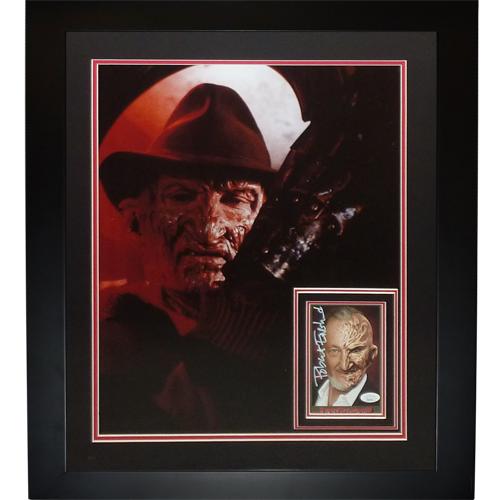 Robert Englund is a name that horror fans around the globe will remember until the end of time. Englund is synonymous with horror movies and has crafted one of the most beloved and feared characters that the genre has ever seen. While portraying Freddy Krueger in the A Nightmare on Elm Street franchise he has gained international fame and praise for his work.

The villainous Krueger that Englund portrays on the big screen is a figure that has evocated nightmares in the minds of audiences for decades. The bladed glove worn by him throughout the franchise is also one of the most iconic horror weapons to ever grace the screen. For his portrayal of Krueger, he has received the Life Career Award from the Academy of Science Fiction, Fantasy & Horror Films, and a Lifetime Achievement Award from New York City Horror Film Festival. The impact that this actor has left on the horror film industry is truly remarkable.

Autographed Robert Englund product offerings are wise investments that are increasing in value and worth daily. Our signed Englund collectibles are always guaranteed to be authentic, so never have any worries or concerns when shopping with us. Do not miss your chance to purchase your very own product offerings for this horror legend.

Robert Englund Autographed Photos: One of our signed Robert Englund photos as Freddy Krueger will look outstanding on the walls of your home or office. The autographed Englund photos that we sell are all valuable investments that will surge in worth in the future. Purchasing a photo of this icon will never be a decision that you second guess making.

Robert Englund Autographed Movie Scripts: The autographed Robert Englund scripts that we have available for purchase are guaranteed to be 100% authentic. One of our Englund signed A Nightmare on Elm Street scripts is also a perfect gift for any of your friends or family members who are horror movie fans. Your friends and family will cherish their rare gift and will gladly welcome it into their memorabilia collection.