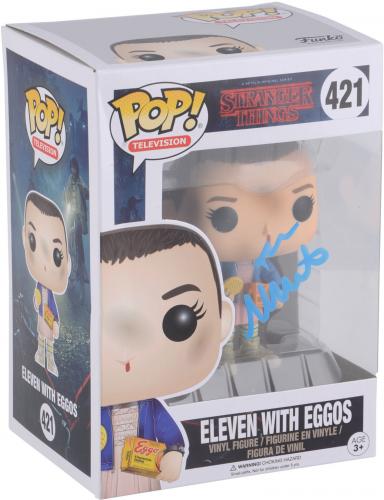 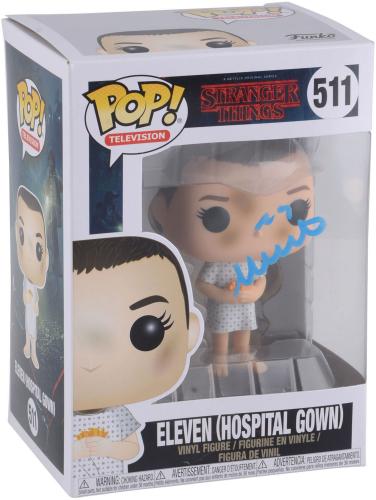 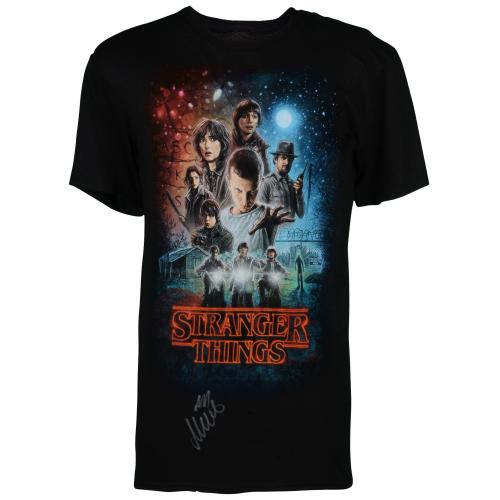 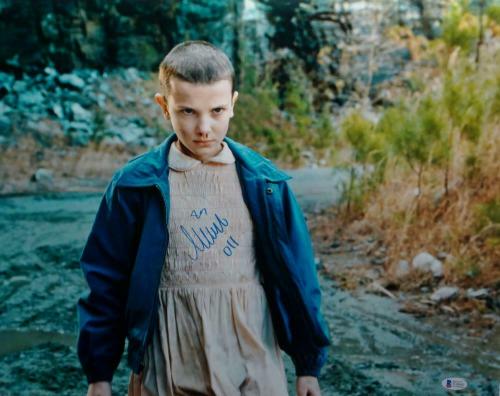 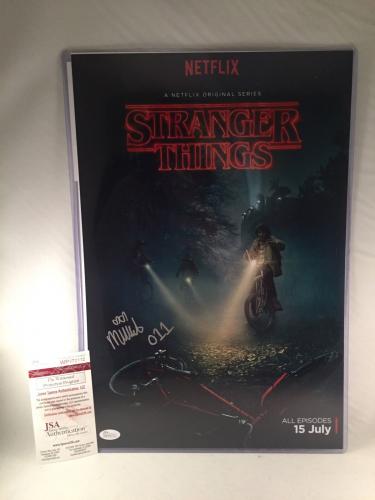 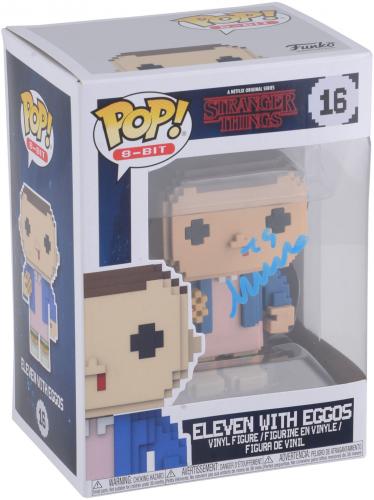 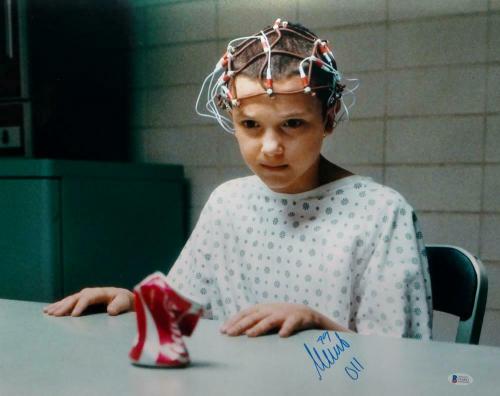 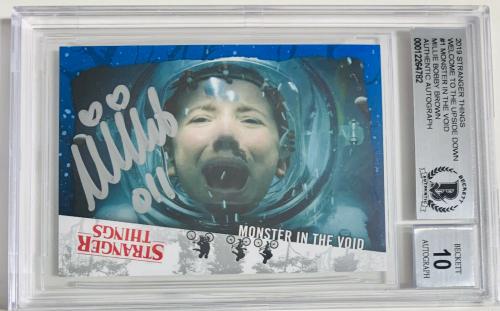 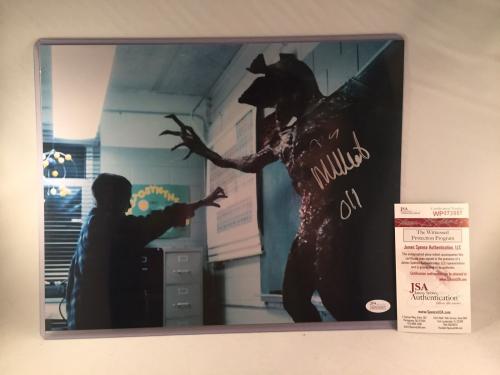 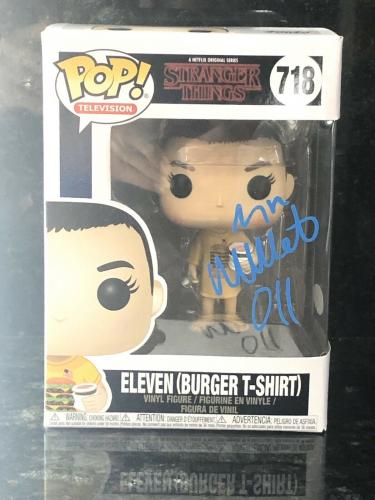 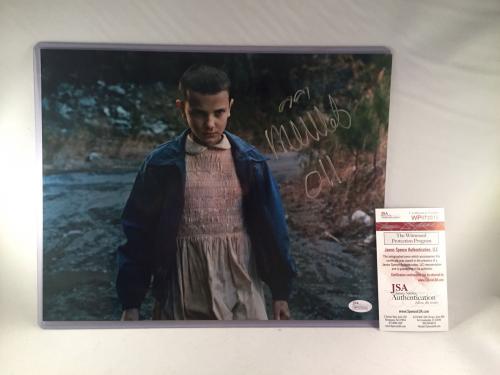 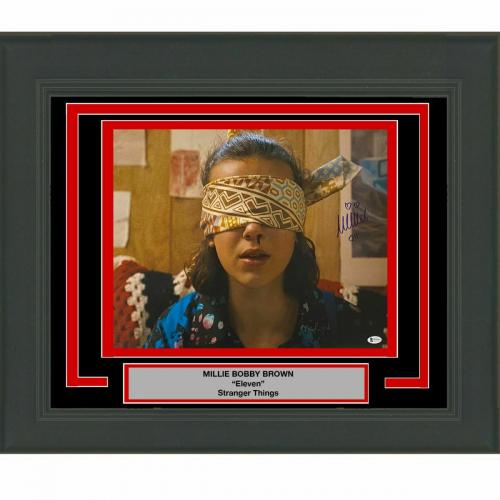 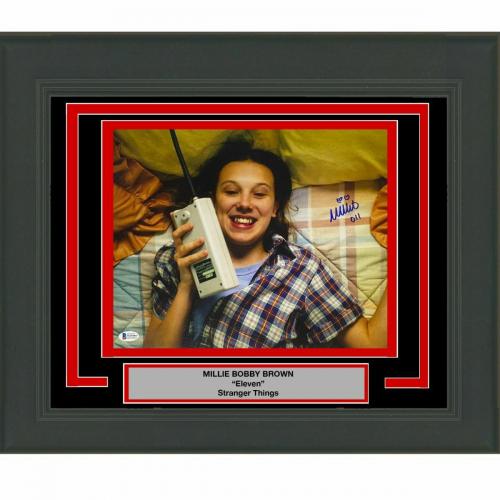 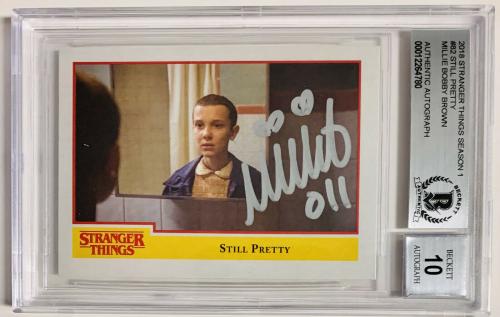 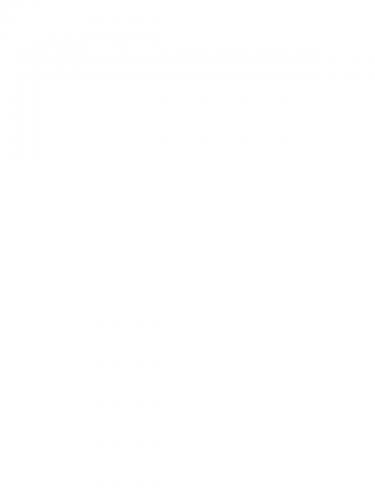 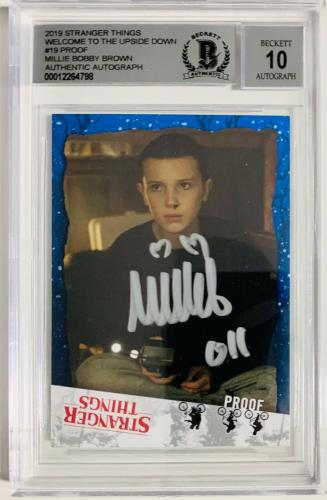 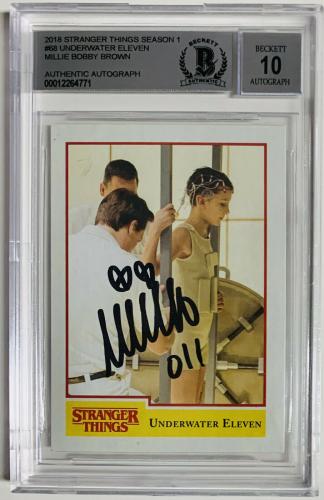 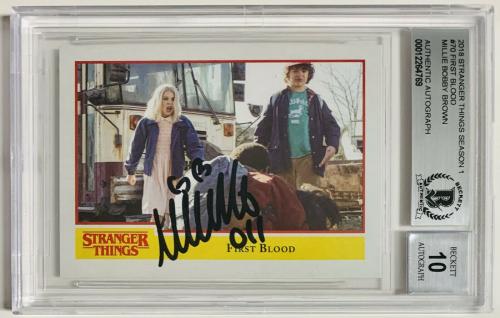 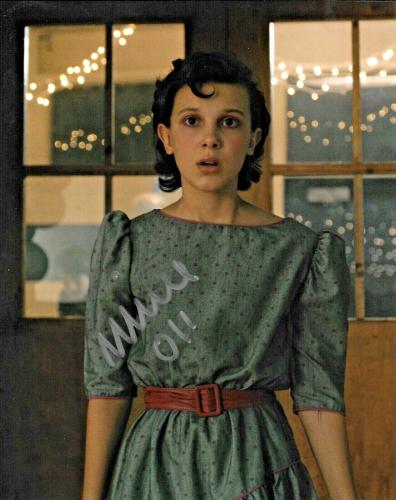 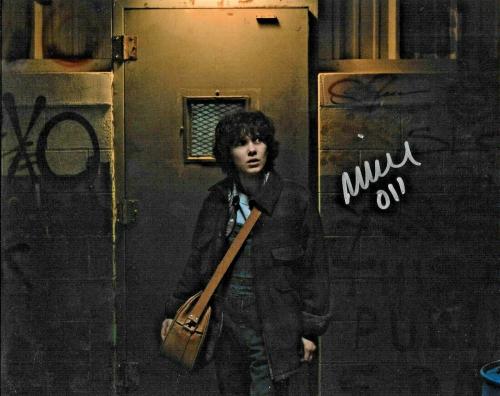 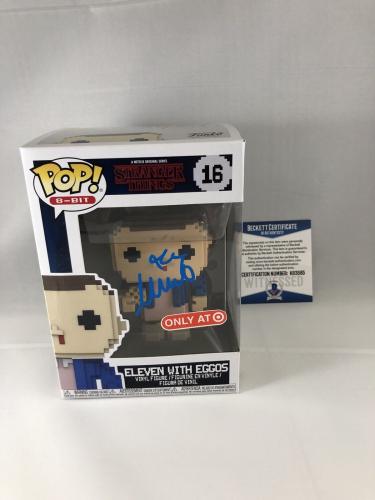 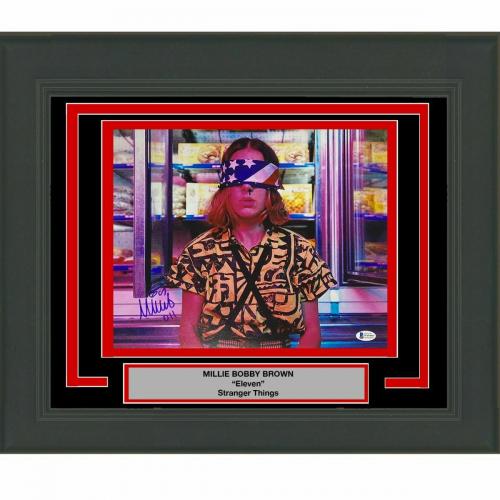 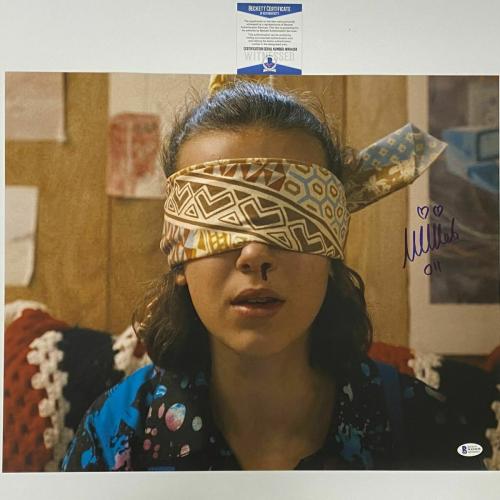 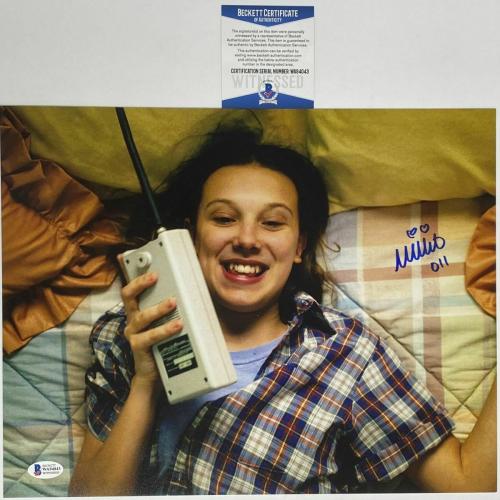 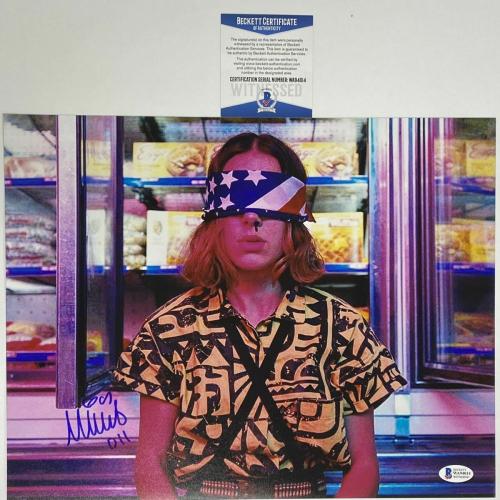 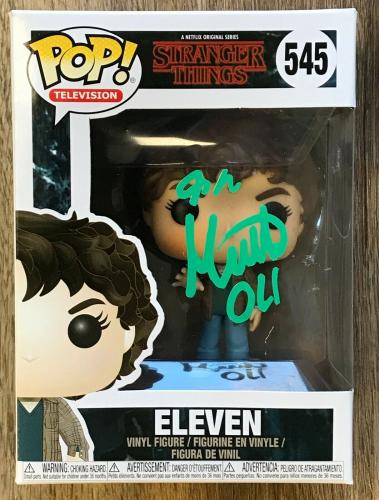 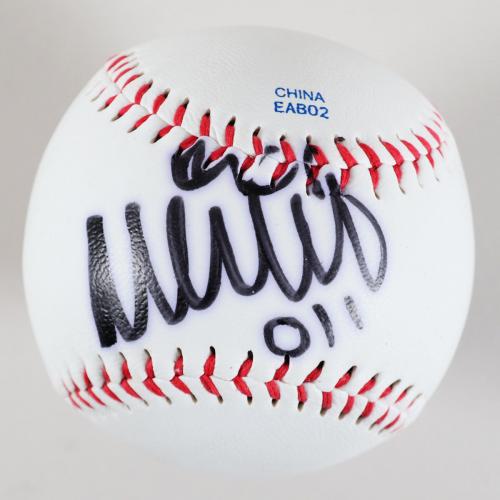 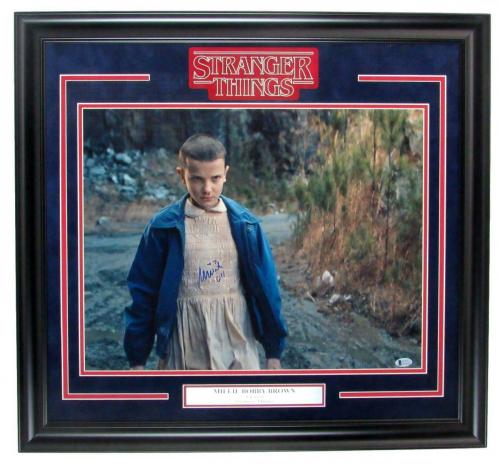 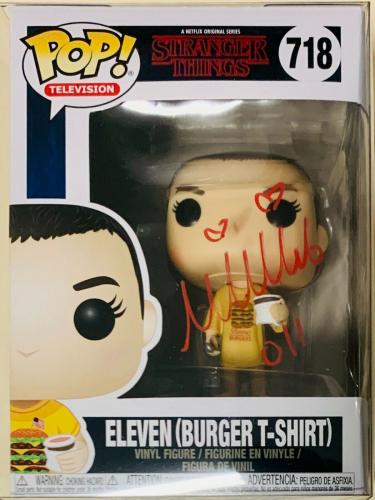 Millie Bobby Brown has a long career in Hollywood ahead of her. This teenage actress has quickly become one of the most recognizable stars on the planet. After landing a starring role on the hit Netflix series Stranger Things she has garnered worldwide fame and critical praise. While portraying Eleven on Stranger Things she has crafted a character that the will be remembered forever.

Brown has earned numerous awards and accolades for her performance on Stranger Things. She has been nominated for a Primetime Emmy and Screen Actors Guild Awards for her incredible performances. She even won a Screen Actors Guild Award for Ensemble Cast in a Drama Series for the showâs first season. It will be fascinating to see where this young actressâ career takes her in the coming years.

Signed Millie Bobby Brown collectibles will look awesome on display in your home or office. Purchasing authentic memorabilia for this actress will never be a decision that you second guess making. Our autographed product offerings for Brown are rare and unique items that will likely not be found anywhere else.

Millie Bobby Brown Autographed Photos: An autographed Millie Bobby Brown photo is exactly what you need to complete your memorabilia collection. One of our signed photos of Brown crushing a can as Eleven will become one of the most beloved possessions in your home or office. A photo of her is also a perfect gift for any of your friends or family members who are fans of the show Stranger Things.

Millie Bobby Brown Autographed Posters: One of the signed Millie Bobby Brown posters that we sell will look unbelievable displayed in your home, office, or man cave. Our posters are always guaranteed to be authentic, so have no worries or concerns when shopping with us. A Stranger Things poster autographed by Brown is a valuable investment that will skyrocket in worth in the near future.