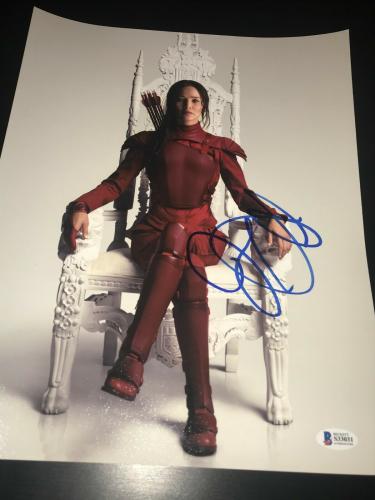 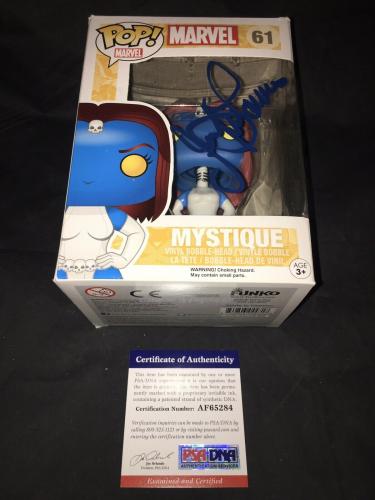 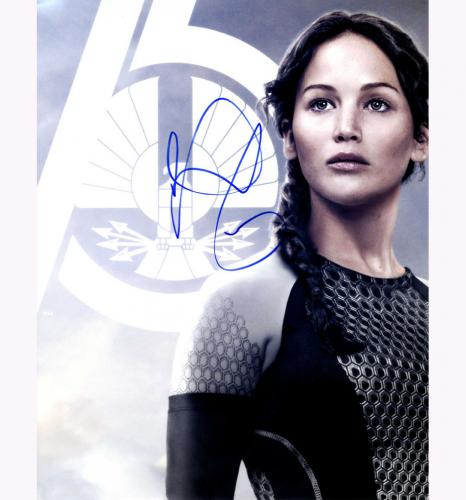 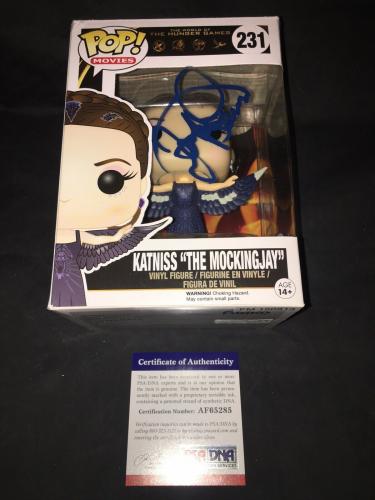 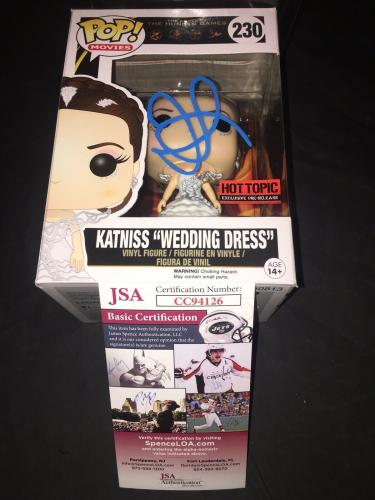 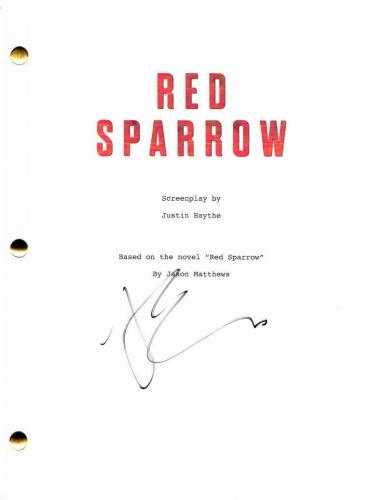 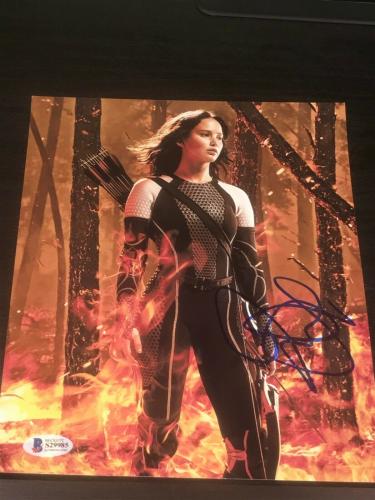 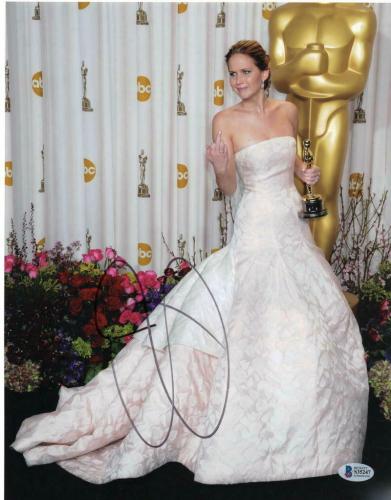 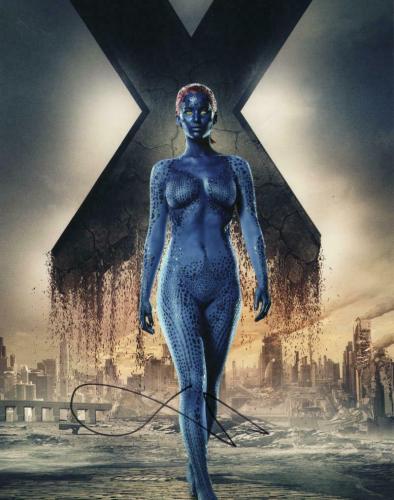 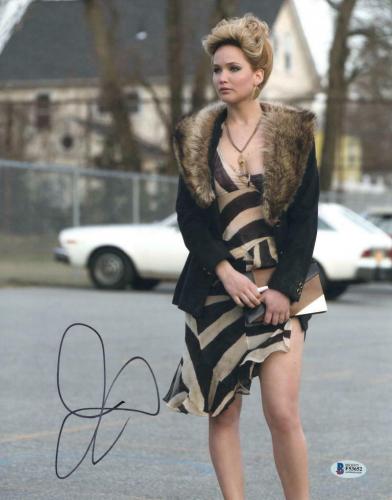 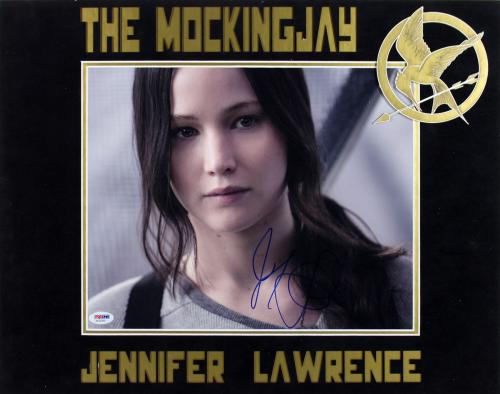 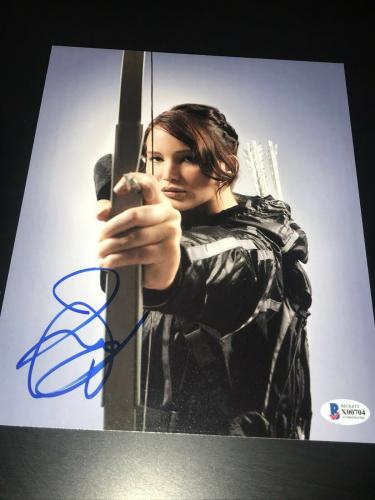 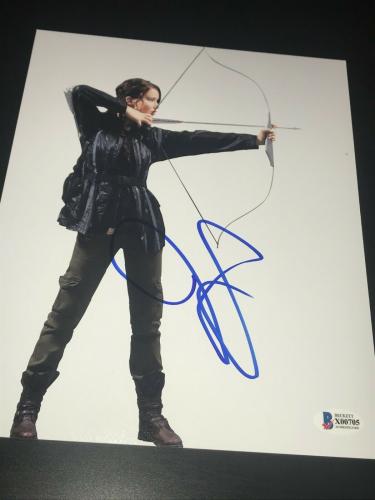 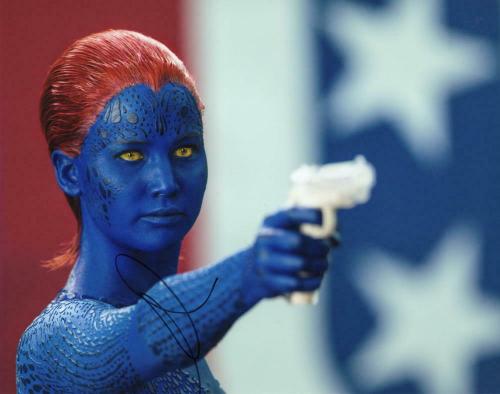 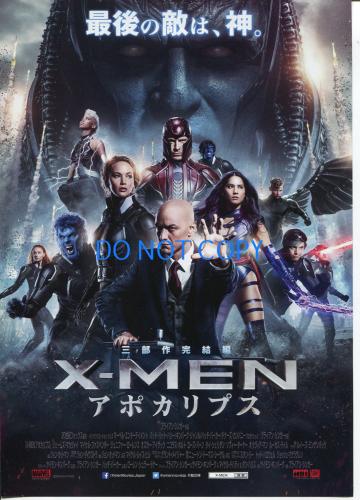 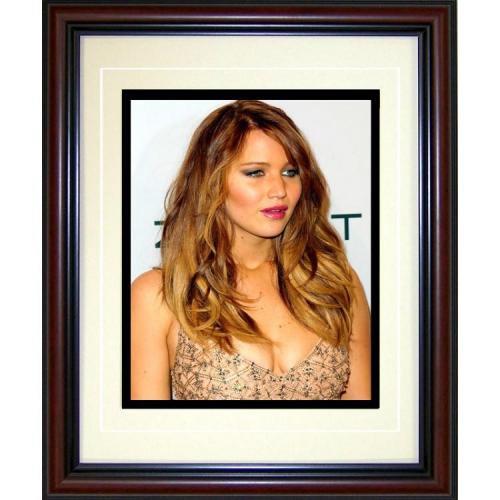 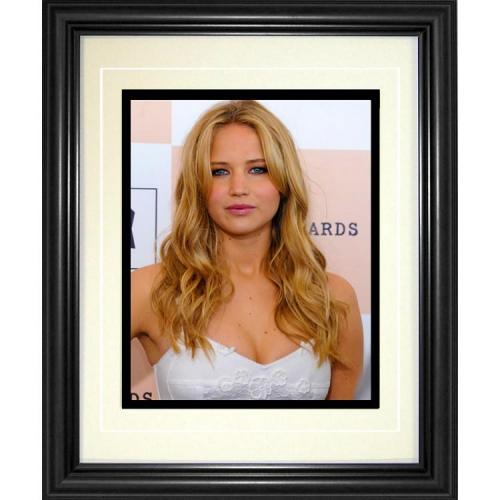 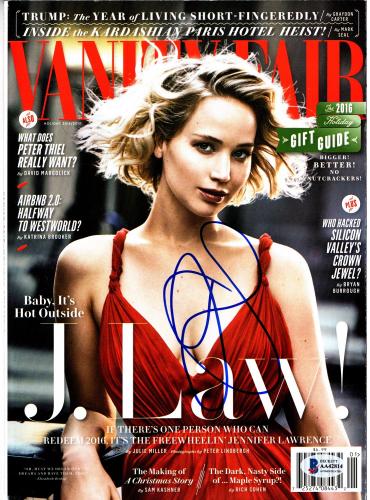 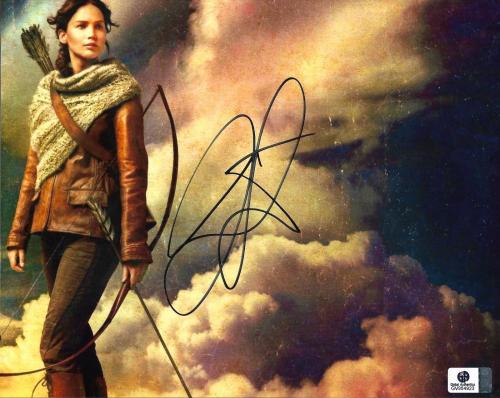 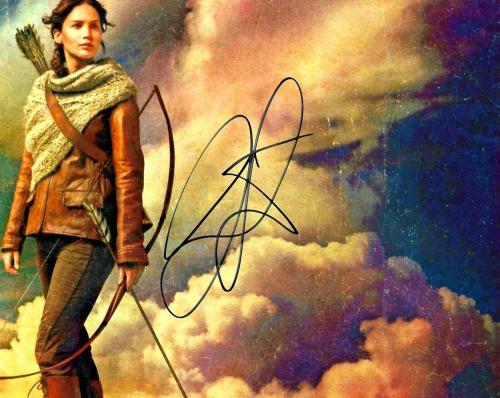 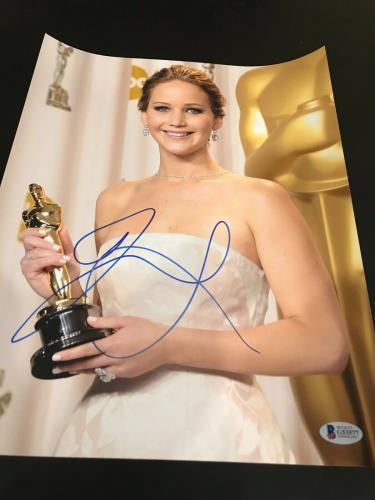 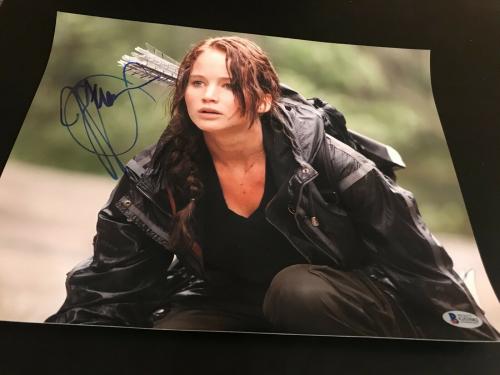 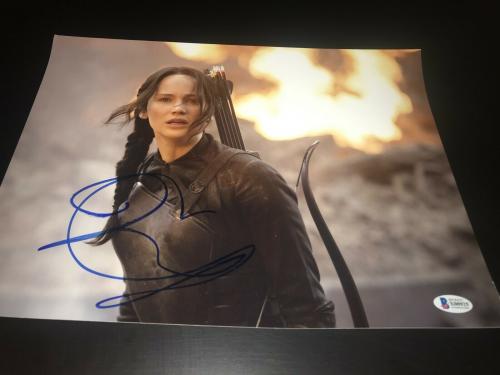 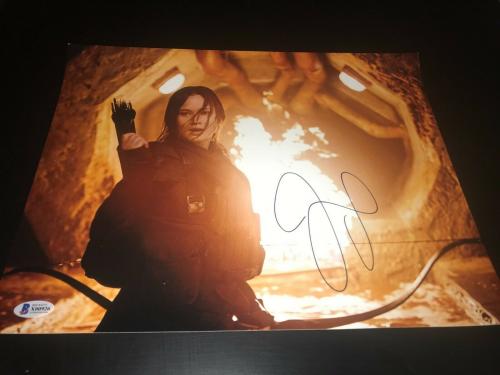 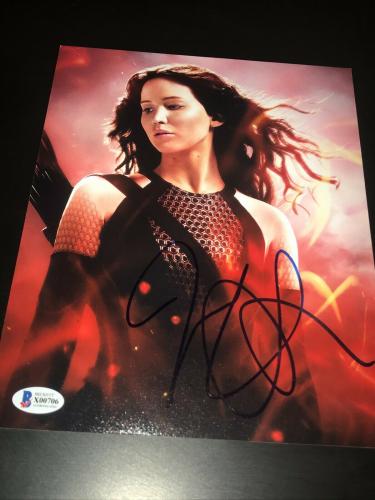 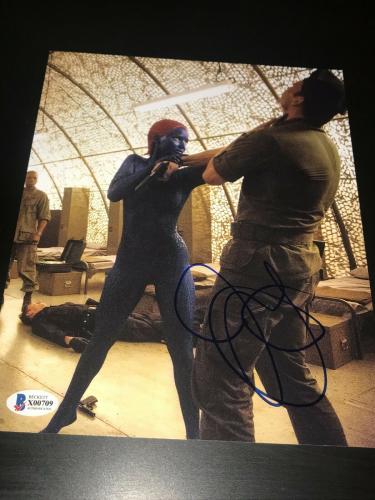 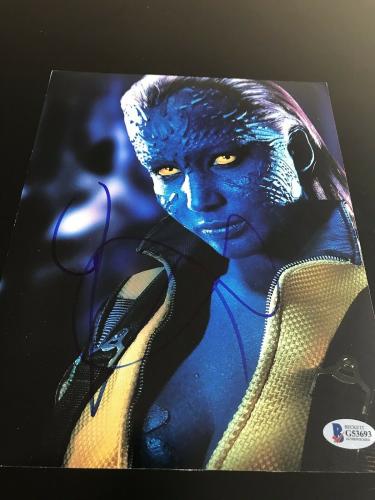 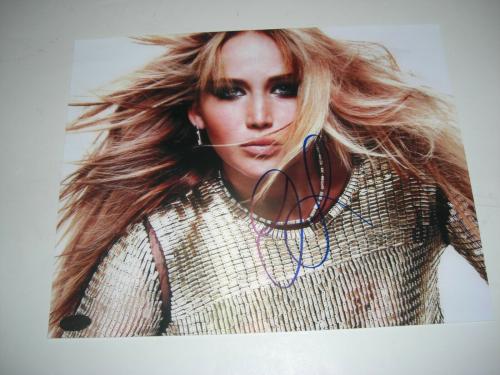 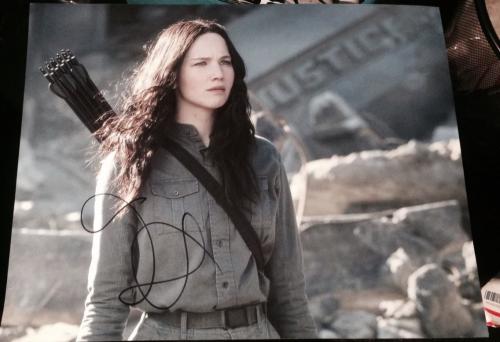 Jennifer Lawrence is a once in a generation talent. This actress has had one of the most critically acclaimed careers in Hollywood in recent history. She has also become one of the highest paid celebrities in Hollywood and Time magazine has named her one of the 100 most influential people in the world in 2013. Her career has only barely started, yet Lawrence is already a film icon.

Lawrence first rose to fame with roles in the critically acclaimed film Winterâs Bone and the X-Men and Hunger Games franchises. For her performance in the films Winterâs Bone, Silver Linings Playbook, American Hustle, and Joy she received Academy Award nominations, winning the Best Actress Award in 2013 for Silver Linings Playbook. She has also won multiple Golden Globe and Screen Actors Guild Awards during her legendary career. When she retires from acting her career will be regarded among the finest actresses and actors of all-time.

Our autographed Jennifer Lawrence product offerings are wise investments that will grow in worth and value daily. The memorabilia that we sell for this Academy Award winner are guaranteed to be authentic and guaranteed to enhance any collection that they are added to. Do not miss your opportunity to purchase signed Lawrence collectibles.

Jennifer Lawrence Autographed Photos: Signed Jennifer Lawrence photos are great gifts for anybody that you know who collects Hollywood memorabilia. Our photos of this actress will preserve memorable images of her on-screen delivering incredible performances. An autographed photo of Lawrence holding her Academy Award will be loved by whoever you give one to.

Jennifer Lawrence Autographed Magazines: An autographed Jennifer Lawrence magazine will be a perfect addition to your memorabilia collection. One of our signed Entertainment Weekly or Vanity Fair magazines with Lawrence gracing the cover is a rare and unique collectible that you will have difficulty finding at other retailers. Purchase an authentic magazine for this actress today before they skyrocket in value and worth.