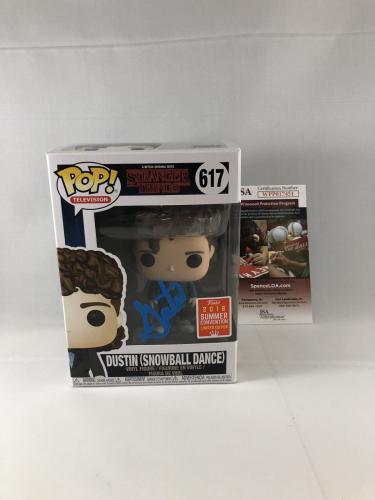 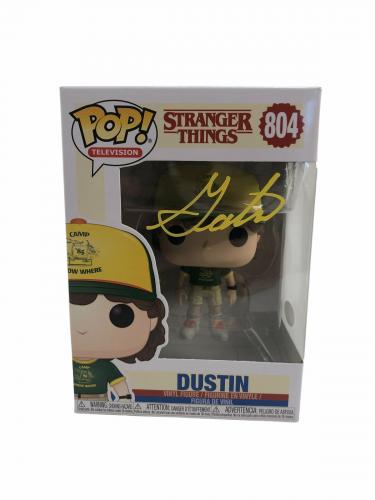 Gaten Matarazzo is an American actor that broke into mainstream popularity and success with his role in the hit Netflix show, Stranger Things. Matarazzo has cleidocranial dysplasia, which a birth defect that effects his bones and teeth. Matarazzo has to wear dentures due to his condition and he uses his newfound fame as a way to bring awareness and fundraise for CCD Smiles, who helps cover the costs of oral surgeries for his condition. Matarazzoâs character Dustin Henderson on Stranger Things also has the condition.

Matarazzo got his start in acting on the stage in Broadway as he was a part of the cast of Les MisÃ©rables in 2014. Matarazzo earns a lot of praise for his role in Stanger Things, being nominated for a Young Artist Award for Best Performance in a Digital TV Series or Film by a teen actor and won the Screen Actors Guild Award with the rest of his cast for Outstanding Performance by an Ensemble Cast Drama Series.

Stanger Things is one of the most popular new shows on Netflix that has garnered a lot of success and critical acclaim. Matarazzo is one of the starts of Stranger Things and his fans can now get autographed collectibles from the budding star's career. These pieces of signed memorabilia are certified authentic and will only increase in value as the young actor embarks on what should be a long career in Hollywood.

Gaten Matarazzo Autographed Figurines: Funko Pop! Is one of the most popular figurines for fans of shows and movies and we offer rare Gaten Matarazzo Popâs of his character from Stanger Things. Dustin Henderson Popâs are in high demand but are even more valuable when signed by the star actor who plays him. All autographed Gaten Matarazzo figurines are guaranteed authentic and are going to look great showcased in your home.