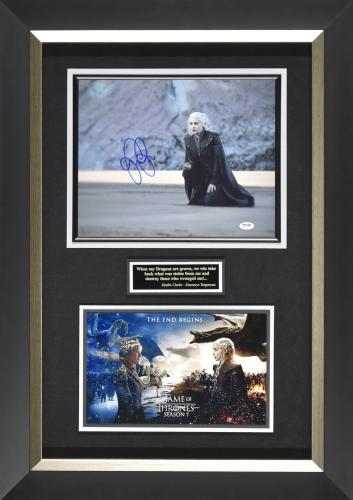 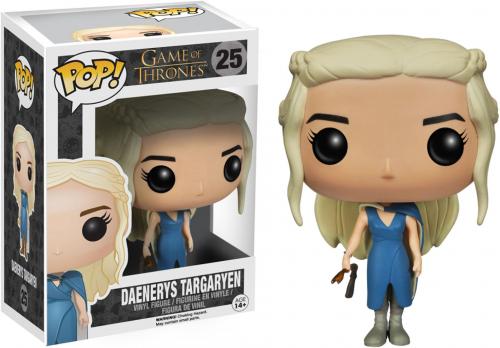 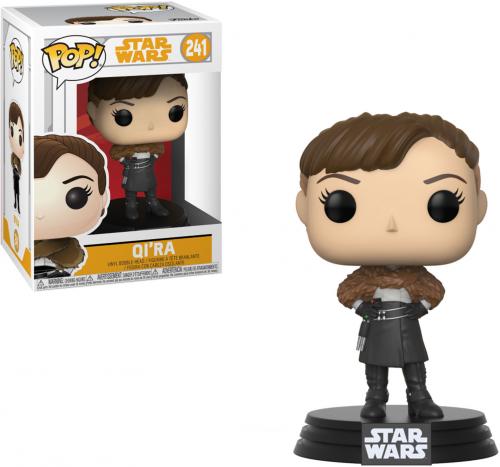 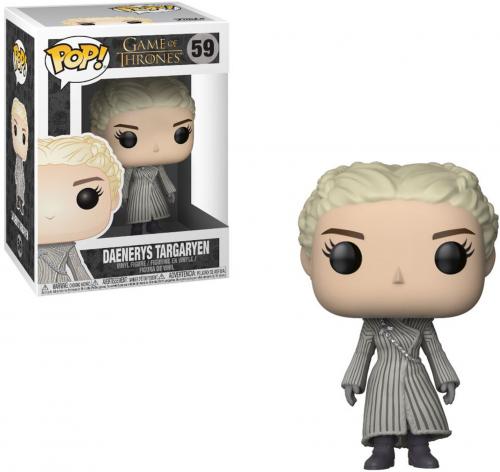 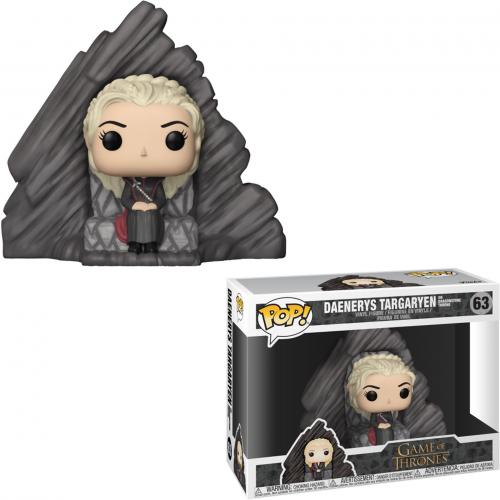 Game of Thrones is one of the biggest, most awarded shows in television history and Emilia Clarke has been central to the showâs success. Growing up in London, her dad worked in the theater and fostered her love of acting. When Games of Thrones first started filming, they initially had another actor playing the role of Daenerys Targaryen, but, as luck would have it, Emilia Clarke took over the role and has run with it. No mere pretty face, Emilia Clarkeâs work on Game of Thrones has earned her Emmy nominations for Outstanding Supporting Actress in a Drama Series three separate times.

In addition to Emilia Clarkeâs role as the Mother of Dragons on HBO, she played Qiâra in 2018âs Solo: A Star Wars Story and starred alongside Arnold Schwarzenegger in 2015âs Terminator: Genisys. Clarke branched out beyond the action and adventure realm to headline the romantic drama Me Before You in 2016 and also showed off her acting chops on Broadway as Holly Golightly in Breakfast at Tiffanyâs. In 2015, Esquire Magazine crowned her as âSexiest Women Aliveâ.

Emilia Clarke Autographed Photos: As Daenerys Stormborn on the blockbuster Game of Thrones, Emilia Clarkeâs character is known as the Unburnt, Khaleesi, Breaker of Chains, Mother of Dragons, etc. But no matter what title you use, she is one of the most popular actresses working today and her signed photos are a true treasure. Game of Thrones cemented her legacy but with the show ending in 2019, the sky's the limit for Emilia Clarke. With Star Wars, she is a part of the biggest franchises in both movie and television history. Collectors interested in anything from a galaxy far, far away to the shores of Westeros will be seeking out her authentic memorabilia for years and years.