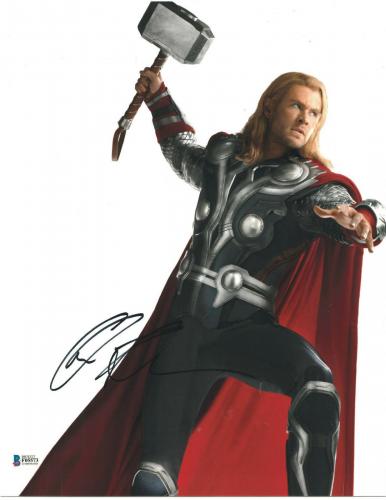 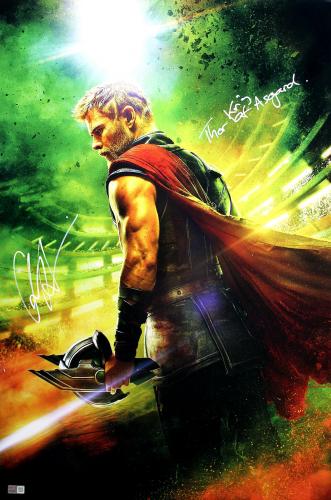 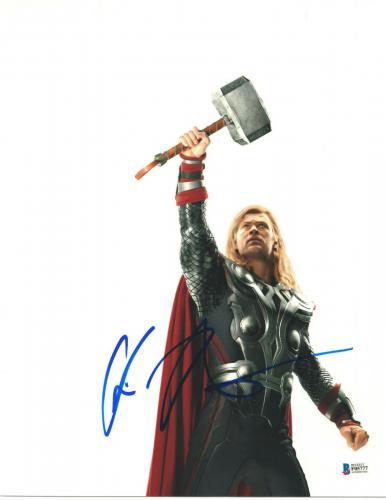 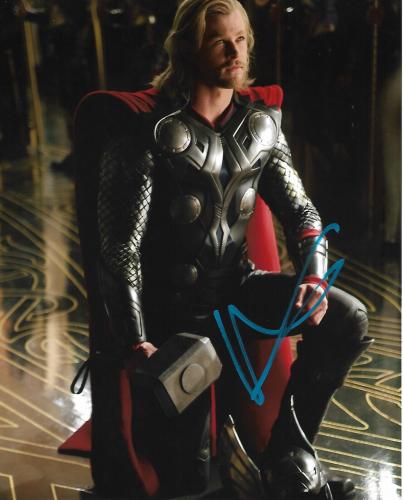 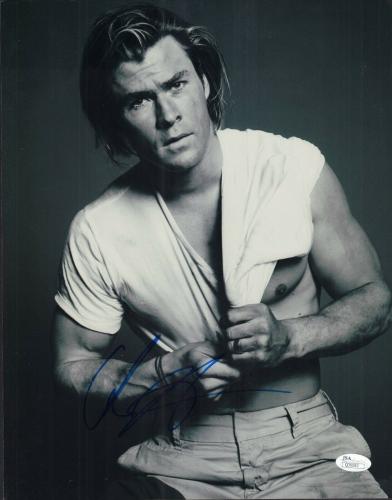 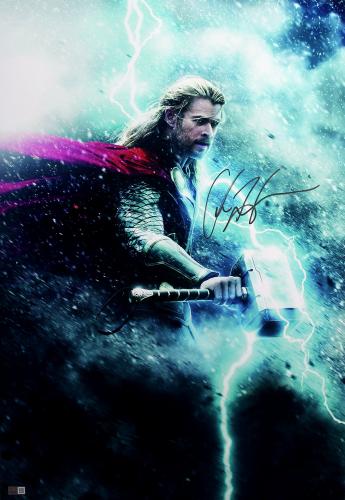 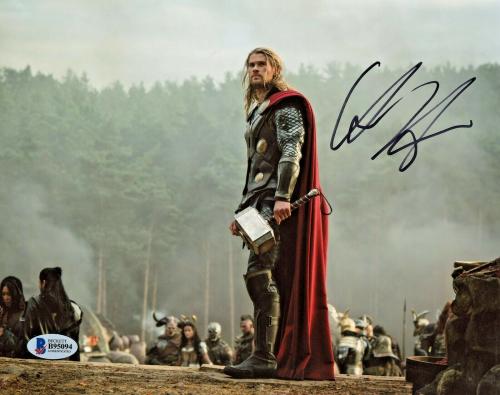 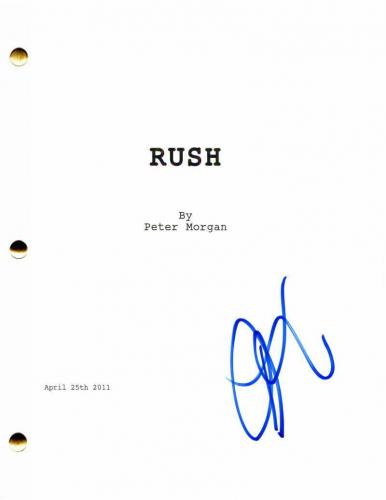 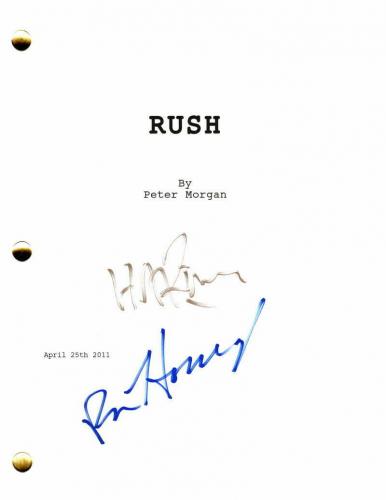 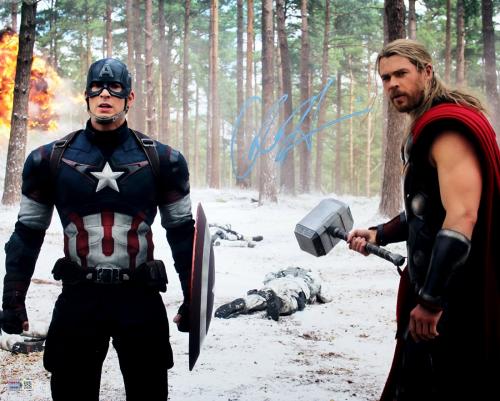 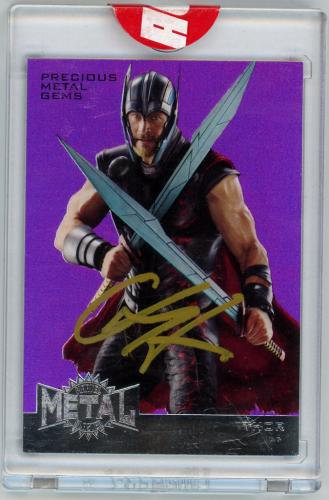 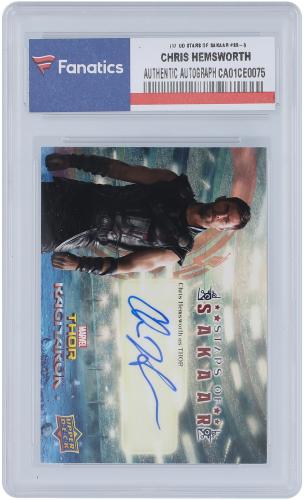 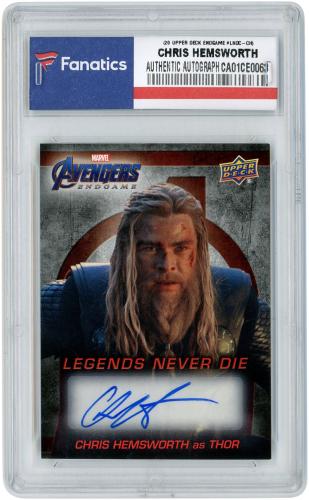 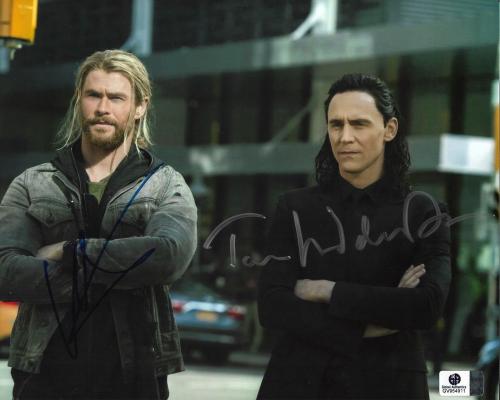 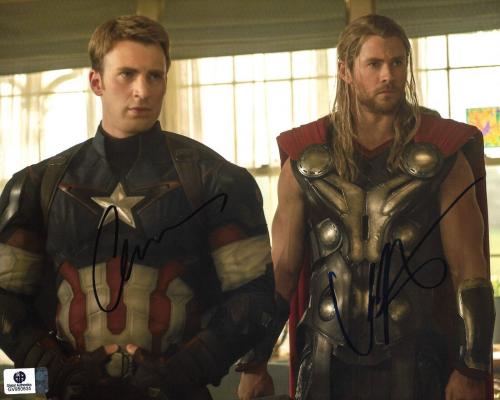 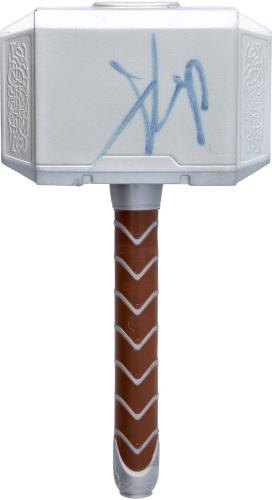 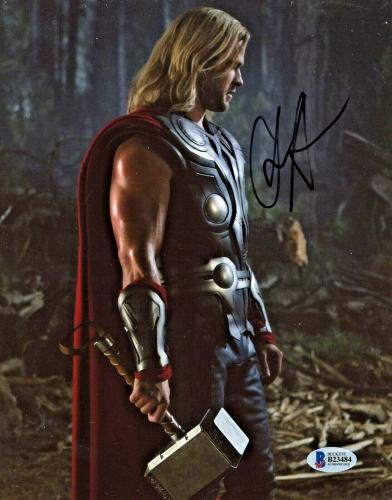 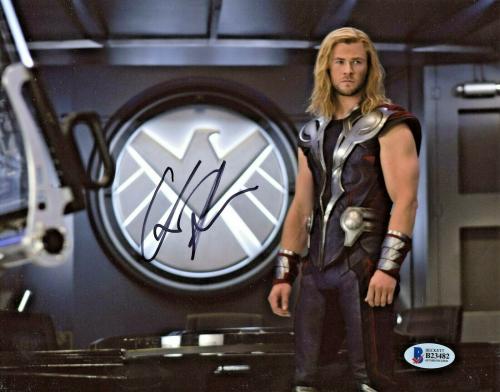 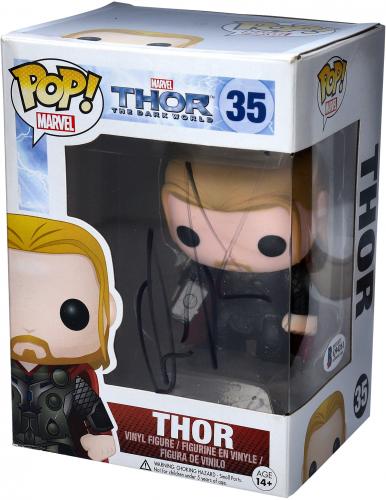 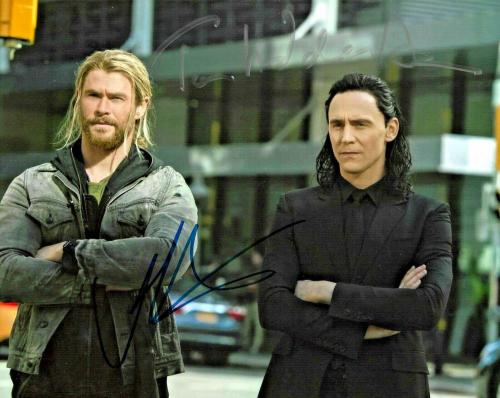 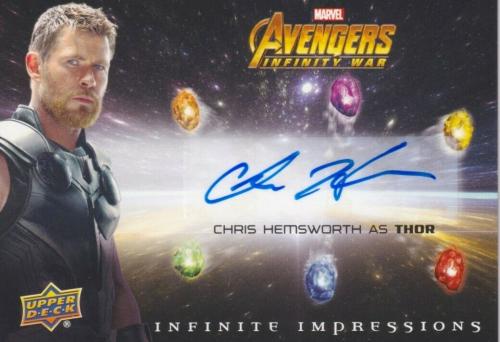 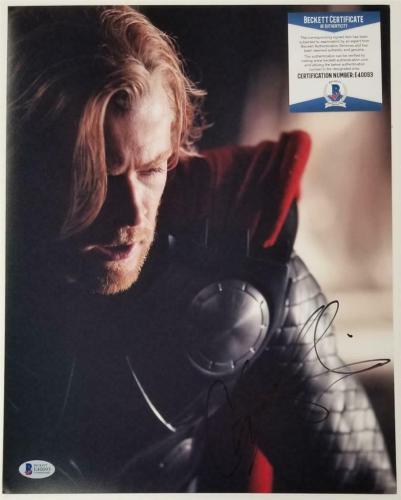 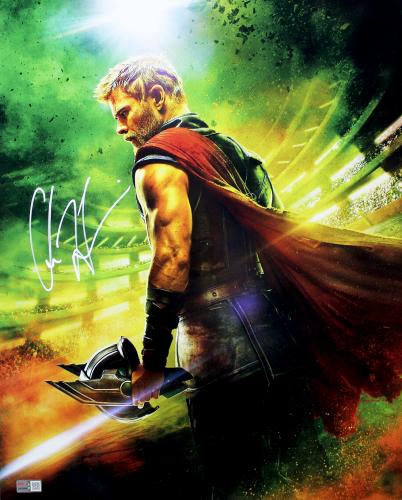 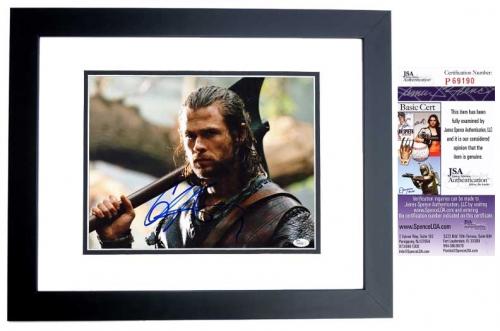 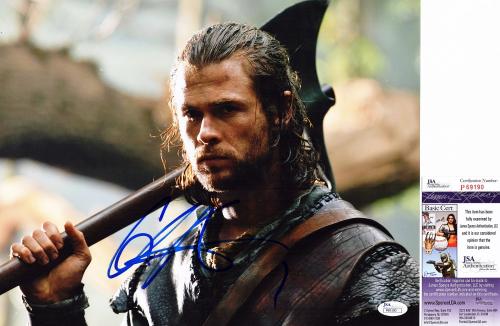 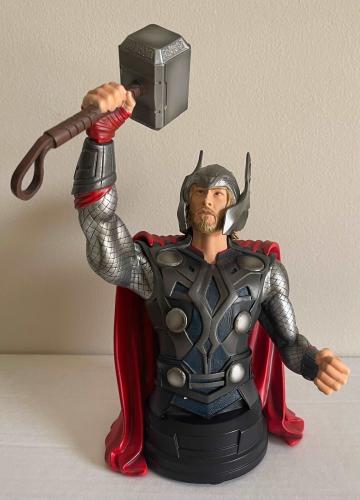 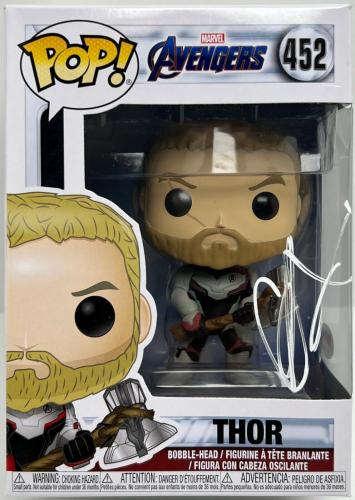 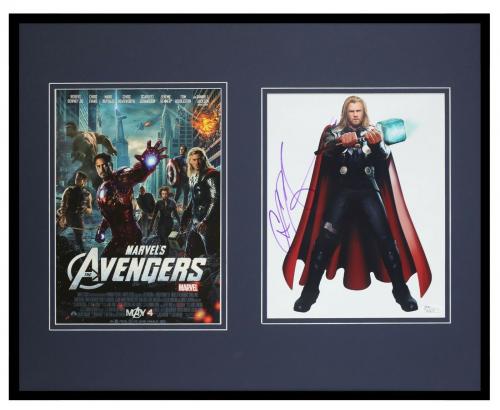 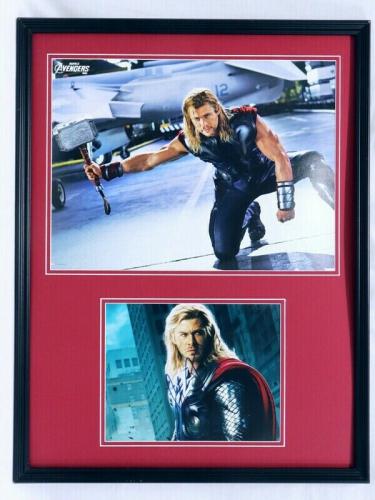 Chris Hemsworth has had a great career as an actor but if there was the role that defines him more than any, it his portrayal of the Norse god of thunder, Thor. Hemsworth has been playing Thor in the Marvel Cinematic Universe since 2011, beginning with a film of the same name. He has since played the role again six times in various Thor standalone movies, Avengers movies and even has appeared as a cameo.

Prior to his breakthrough as Thor, the Australian-born Hemsworth was most known for his role as Kim Hyde on an Australian soap opera called Home and Away. Another headlining role that Hemsworth has taken was playing the Huntsman in Snow White and the Huntsman, and The Huntsman Winterâs War. Hemsworth also headlined the biographical thriller film, In the Heart of the Sea and has appeared in comedic movies such as Ghostbuster and Vacation in supporting roles.

Is there any signed photo or poster that will look cooler in your home than one of the god of thunder, Thor? We offer great pieces of memorabilia featuring Hemsworth in his greatest roles, Thor in particular. Autographed collectibles form Chris Hemsworth are rapidly increasing in value as the actor just continues to become more popular as a true A-lister in Hollywood.

Chris Hemsworth Autographed Movie Posters: Posters are larger than life and will bring Chris Hemsworthâs fiery demeanor as Thor into your home. We have unique memorabilia such as the Thor Ragnarok movie poster signed by the star of the film himself. Each of our autographed posters comes with a certificate of authenticity.